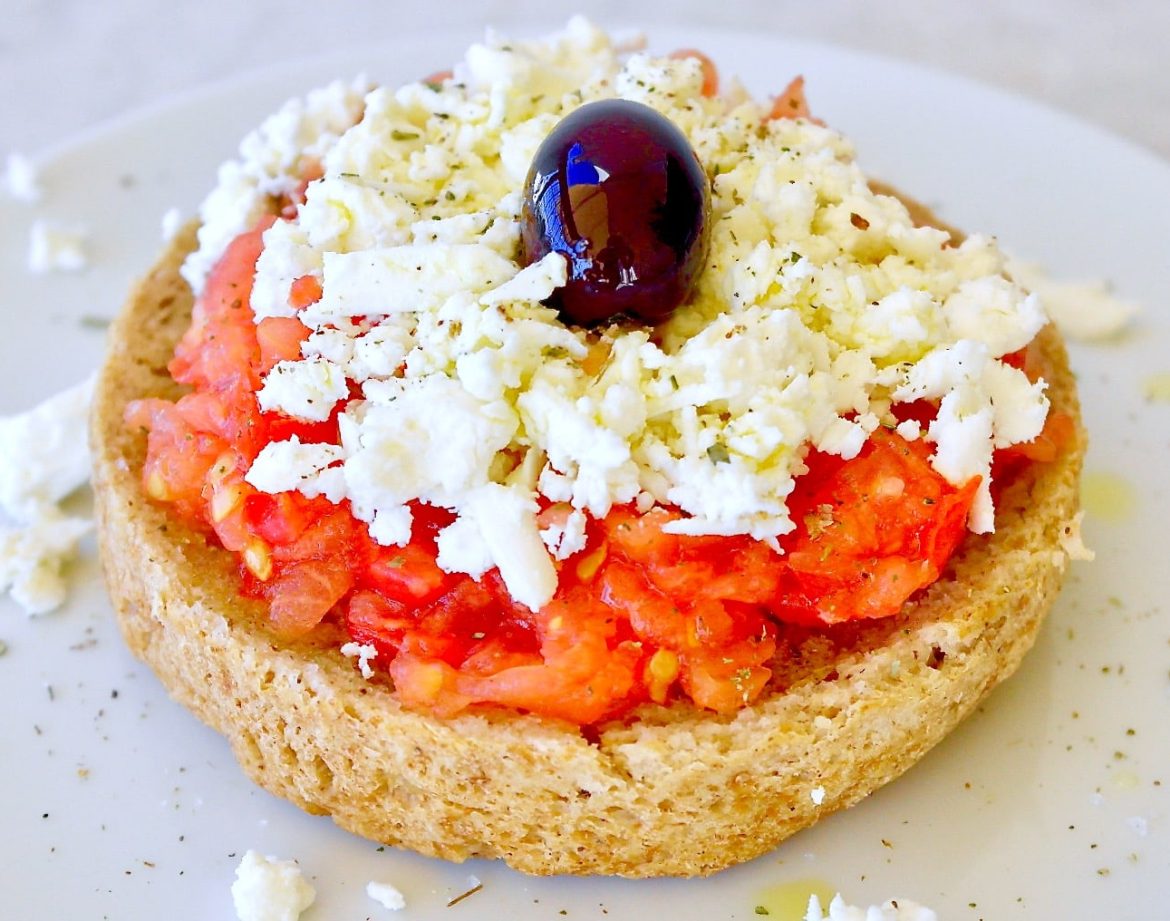 Published on 12 November 2021 by villasincrete

The island of Crete has always had a world renowned cuisine, with many years of incoming tourism causing the Cretan chefs and cooks to keep innovating the traditional dishes of their respective area. For it is true that although most dishes can be found all over the island, some traditional recipes are more region-specific, varying from village to village. Keeping all this in mind, Cretan cuisine is very similar to the typical Greek gastronomy however there are some core differences such as the amount of use of animal derived products. Cretan recipes are more inclined towards natural sources and although animal products are often used as well it is not as prominent as in traditional Greek cuisine.

Having breakfast in Crete can be a salty affair, as most common breakfast options are usually on the saltier side. Cheese is definitely a protagonist throughout the day but even more so in the morning with many different types to choose from depending also on which region you find yourself waking up in. Cheeses such as Graviera, Anthotyro, Myzithra and more are usually accompanied by Cretan rusks and even honey to even out the salt with some sweet, a perfect balance of taste. Cheese can be also found in local pies along with spinach and other wild greens. Fried eggs, sausages and smoked pork called Apaki is also present on the breakfast table.

Many of the options above, such as Graviera, are also eaten as appetizers but the most popular of Cretan appetizers is Dakos, with either a slice of soaked bread or a large piece of rusk topped with crushed tomatoes and then either Feta cheese or Myzithra, and on top of that herbs such as dried oregano and black pepper, while we’re at it why not add some olives on the side. These appetizers are perfectly combined with some traditional Raki or Tsikoudia, two of the most popular alcoholic Cretan drinks.

After these appetizers you will move to the main dish, on your journey to Crete you will probably encounter Gamopilafo, a traditional custom that is commonly served at weddings. The rice, which is called “pilafi”, is boiled in meat broth, usually served with lamb or chicken. Apart from rice based dishes, different pasta recipes such as Skioufichta are also quite popular, served with some Myzithra cheese on top. As large as Crete may be, it is still an island with plenty of waters around it, which means plenty of fish. Sea bream, called Tsipoura in Greek, and Lavraki which is sea bass, are very popular in Crete but also in the Greek mainland, served with plenty of lemon juice and aromatic herbs.

A calm afternoon in Crete is best spent with a cup of Greek coffee in your hand, but how about something sweet to go with it. Visiting Crete without indulging in some of its finest pastries and fruit based sweets would be a great shame as they truly are fantastic. Spoon sweets or Glyka toy Koutaliou, are fruits preserved in syrup served with a spoon as a gesture of hospitality, they are often used as ice cream or yogurt topping. Cretan pastry making offers a variety of traditional pastries such as Kalitsounia, Xerotigana and many different pies. Most of these sweet recipes include crushed nuts and honey, which are ideal flavors when drinking coffee.

Depending on which region the villa you’ve chosen is situated in, you will have the opportunity to taste many of the local treats and much more. Overall, experiencing the Gastronomy of Crete is a great way to break away from bad eating habits and processed foods, this way resetting your taste buds and feeling much better as all the high quality natural products, used in Cretan recipes, are proven to be very good for your health with many people choosing the Crete diet for its therapeutic qualities.